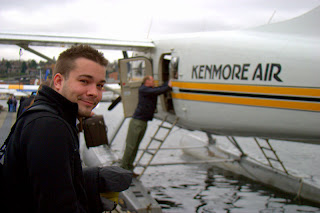 Saturday morning, we wake up early to catch our sea plane flight to Victoria where we are picking up the boat. We took off from Lake Union right downtown Seattle. We flew over the Space Needle, we flew over Discover Park, and we flew over all my racing buddies down in Shilshole Bay. We flew over the Stait of Juan de Fuca - which we are planning to sail across after we land. The Strait is the source to the ocean which all the water in Puget Sound floods from.

As we step off the plane, the pilot says "I've never seen that kind of wind before." "Oh shit," crosses my mind. We have to sail in that. Still, we call a cab who drives us around for all the errands we have - like grocery shopping and getting lunch! 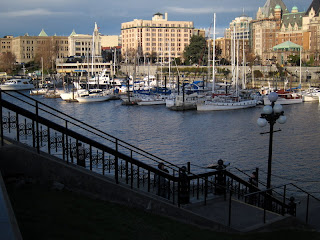 Jerry, the guy I had to paid to drive the boat down from Sidney, about 20 miles away, told me that's the worst weather he's ever seen as he steps off my new boat. The sail is torn apart, the flapping lines broke a vinyl window, and he said the bow rose up ten feet in the air and crashed down. "Um... Rachel?" crosses my mind. As Jerry sipped his tea from a thermos that he brought, he says, "my goal is to die computer illiterate." I laughed and told him that was one of my goals too. 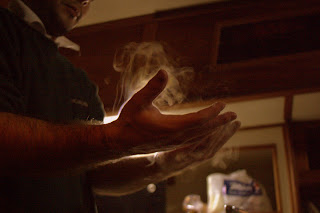 There is some truth to that joke though. People seem think that we are more connected now than ever before - because of technology.  I believe that we have actually become less connected to each other. What does it mean to be connected to a person than? I don't think an SMS message counts as a connection. If I open myself up the to everyone I pass on the street, I become the most truly connected person in the world. 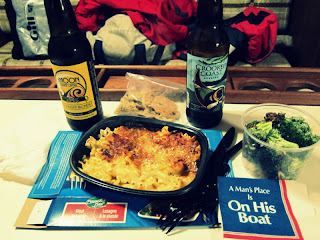 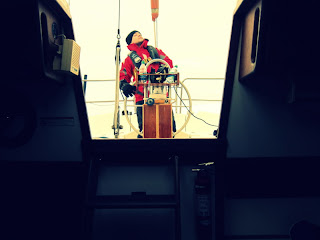 It's decided. We are staying in Victoria for the night. I'm not going out in that wind! I haven't been to Victoria since the 5th grade so it will be nice to walk around. Our first dinner on the boat is lasagna that we picked up from the grocery store. As I wash up with Doctor Bronner's, a thick, slowly resonating, vapor came off my hands. Steam. It is either really cold, or I was really hot. I giggled - it was pretty amazing and even fun to play with.

The next morning we were up early listening to the weather on the radio. Light winds today so we slowly danced out of our first moorage and started our navigation East. As we pulled out of the harbor and I saw the huge vastness of the sea, I realized this is only the first step in a long voyage that has a known cause but an unknown destination.